Sensational singer, Davido is once again in another violence-related scandal after he was called out by Nigerians for beating up a bouncer.

The “FEM” singer who is currently in Abuja was said to have gathered his thugs to beat up a bouncer on Tuesday night in a popular lounge in the city. According to an Instagram user identified as Djttb, the bouncer was attacked for simply doing his job. He further wrote that the bouncer is currently in a crucial condition with his ears and nose bleeding.

Another user identified as misslawani wrote about the same incident without mentioning the singer’s name. According to her, the singer and 10 of his guys attacked the bouncer and left him in a severe condition.

See the posts below: 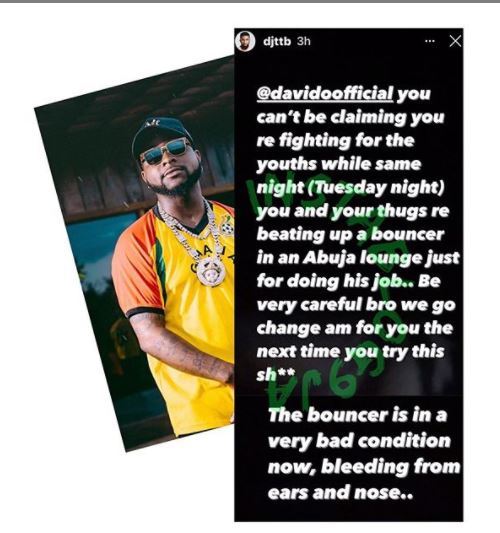 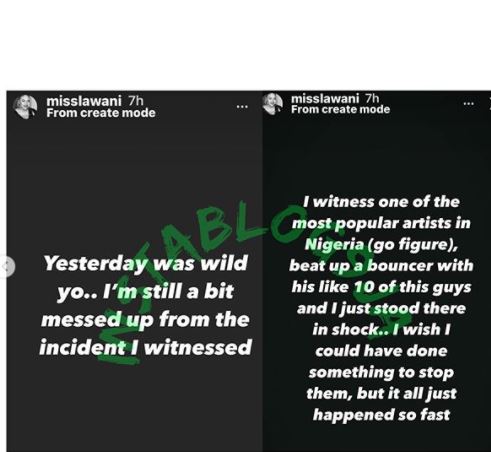 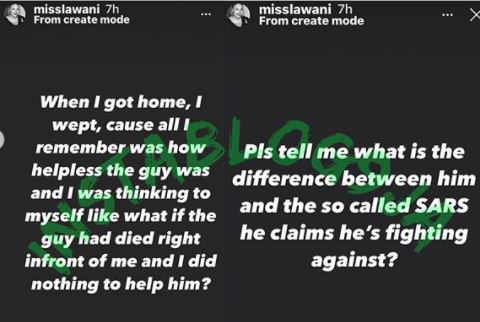 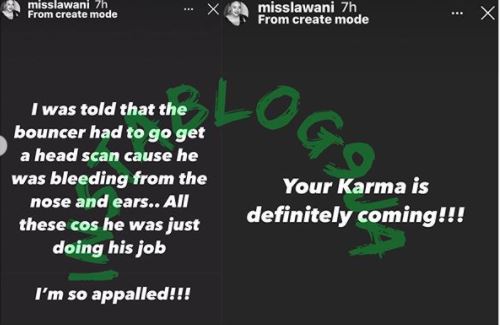 [email protected]
Check This  Davido Set To Feature Cheque On The Remix Of His Song Titled “Zoom”.