The best friend of the former signee of the DMW record label, Lil Frosh, “Hot Kid” has disclosed that the artist beat up his girlfriend because she was talking to him.

According to Hot Kid, Lil Frosh suspected him of having an affair with his girlfriend which he says were false.

Hot Kidd added that he told Lil Frosh he wasn’t having an affair with his girlfriend but he did not believe him and went on to abuse the lady. 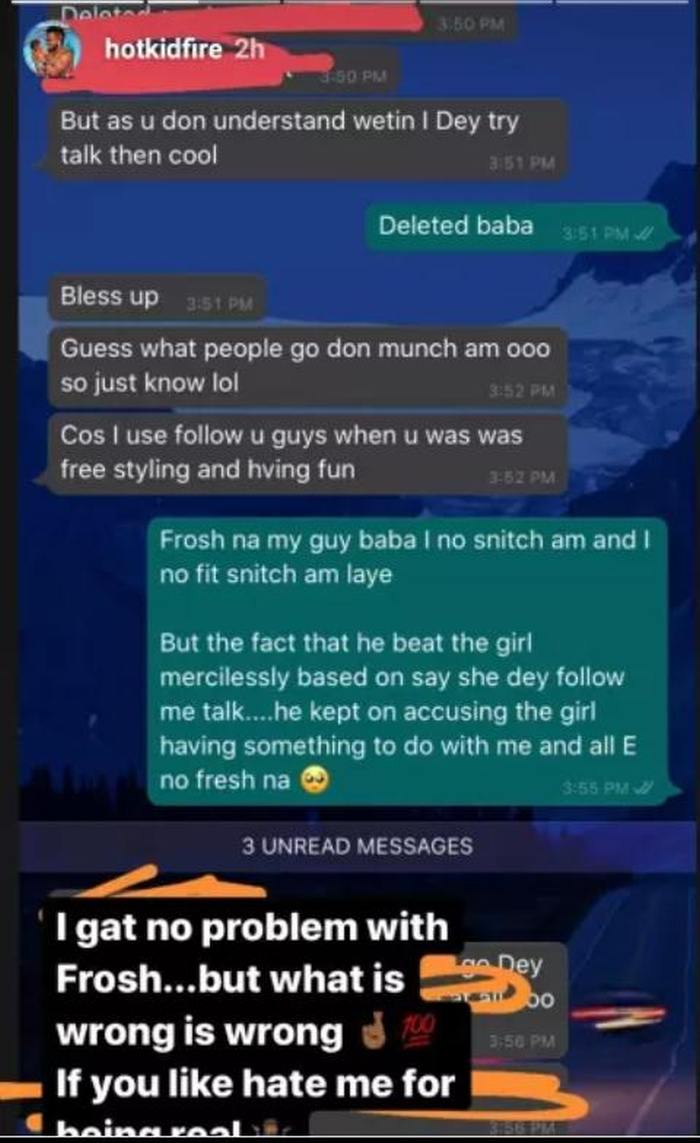 Check This  SAVAGE!! See What Tiwa Tells Beyonce’s Mom For Slamming Her On ENDSARS Protest