The title of the 12 track album “Carpe Diem” is a Latin word used to express the idea that one should enjoy life while one can.

The project also serves as his 12th body of work and boasts of an impressive lineup of artists which include the likes of Bella Shmurda, Omah Lay, Phyno, Peruzzi, Bad Boy Timz, and his signee, Fireboy DML.

The album has now surpassed 80 million streams 4 weeks after its release and the rapper took to the gram to celebrate. 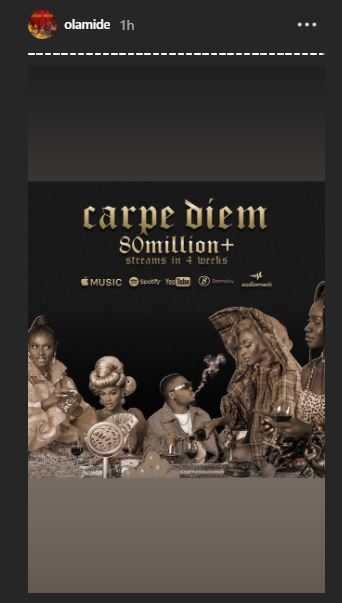