Wizkid’s recent album, “Made In Lagos” debuted at the Top 10 of Spotify’s Global album chart

On November 2, 2020, Spotify released its global album debut charts for albums released across the world between October 30, 2020, and November 1, 2020. Nigerian superstar, Wizkid’s album, ‘Made In Lagos‘ debuted at No. 10. 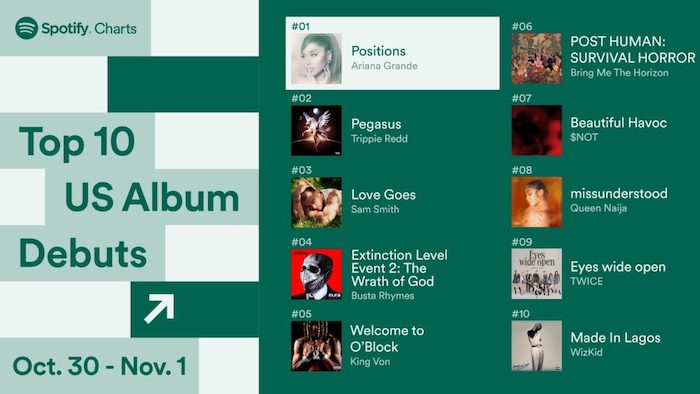 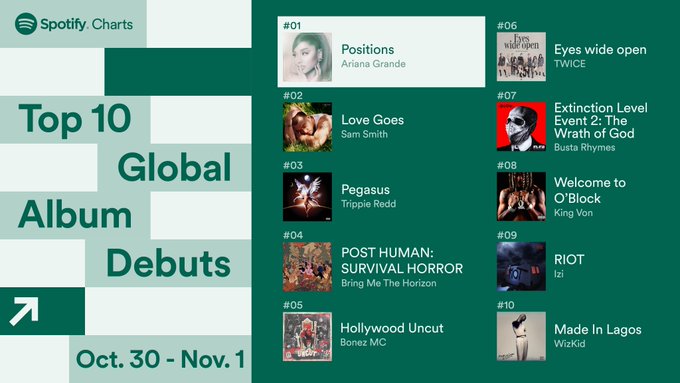 On Spotify’s charts, Ariana Grande debuts at No. 1 while Sam Smith debuts at No. 2. Other debutants include Busta Rhymes and Trippie Redd.