Who Is Tiwa Savage?

According to Wiki, Tiwatope Savage, known professionally as Tiwa Savage, is a Nigerian singer, songwriter and actress. Born in Isale Eko, she relocated to London at the age of 11 for her secondary education. Five years later, she began her music career doing backup vocals for artists such as George Michael and Mary J. Blige.

After participating in the UK edition of The X Factor and graduating from Berklee College of Music, Savage signed a publishing deal with Sony/ATV Music Publishing in 2009.

Inspired by the growth of the Nigerian music industry, Savage moved back to Nigeria and signed with Mavin Records in 2012. She made an appearance on the label’s 2012 compilation album Solar Plexus.

Savage was married to Tunji “Tee Billz” Balogun on 23 November 2013. 1 January 2015, Savage and Balogun announced that they were expecting their first child together. Six months later, Savage gave birth to their son. On 28 April 2016, Balogun “Tee Billz” accused his wife “Tiwa” of infidelity and his mother-in-law of witchcraft. She debunked her husband’s infidelity claims and accused him of financial recklessness, drug addiction and abandonment. The end of the marriage.

In 2009, Savage signed a publishing deal with Sony/ATV Music Publishing. The deal allowed her to write for Babyface, Kat Deluna, Fantasia, Monica and Mýa. She has received songwriting credits for her contribution to Monica’s soul-tinged ballad “Catch Me”.

Her collaboration with Fantasia on the song “Collard Greens & Cornbread” earned the American recording artist a Grammy nomination in 2010.

She performed background vocals on Whitney Houston’s album “I Look to You” (2009).

In December 2011, Savage co-hosted the second season of Nigerian Idol alongside IllRymz. She made her film debut with Joke Silva and Ireti Doyle in the stage adaptation of “For Coloured Girls”.

Savage established the 323 Entertainment record label with her former manager and husband Tunji “Tee Billz” Balogun, to whom she got engaged on 5 February 2013.

While attending Berklee College of Music, she networked with musicians Keith Harris, Derek Pate, Scott Coleman, Radar Ellis, and Darien Dorsey. In an interview with journalist Brenda Pike, she said she collaborated with producers Chuck Harmony, Warren “Oak” Felder, and Sossick, among others.

Savage was featured on the remix of “Oyi” in 2012. Prior to collaborating with Flavour, she recorded her own version of the song.

In celebration of the 52nd anniversary of Nigeria’s independence, Savage performed her rendition of “Arise, O Compatriots” for Ndani Sessions. In November 2012, she collaborated with Waje, Praiz, Timi Dakolo and Pamela Egoh on the Ovation Red Carol theme song “Higher”.

Savage has been involved in many youth empowerment and breast cancer screening projects across Nigeria. She helped raise money for an organisation that builds schools in her hometown. Savage signed an endorsement deal with MTN Nigeria in July 2013, reportedly worth ₦30 million. She also signed endorsement deals with Pepsi, Forte Oil and Maggi.

In June 2014, Savage collaborated with Mi Casa, Lola Rae, Sarkodie, Diamond Platnumz and Davido on “Africa Rising”, a song for DStv’s campaign of the same name. The campaign was created to inspire Africans to partake in community-based social investment projects.

On 19 December 2015, Savage released her second studio album R.E.D, which is an acronym for Romance, Expression and Dance. The album features guest appearances from Don Jazzy, Olamide, Dr SID, Iceberg Slim, 2face Idibia, D’Prince, Busy Signal and Reekado Banks. It was primarily produced by Don Jazzy, with additional production from Baby Fresh, Altims, Spellz and P2J. The album was supported by two singles: “My Darlin” and “Standing Ovation”.

Its deluxe edition was released in February 2016 and features guest vocals from Wizkid and P-Square. R.E.D was nominated for Best Album at the 2016 Nigeria Entertainment Awards. Savage recorded the album while pregnant with her son. The album was made available for free digital streaming on MTN Music on 21 December 2015. Within 24 hours of its release, it became the music platform’s most-streamed album.

In June 2016, there were reports in the media that Savage had signed a management and publishing deal with Roc Nation. On 29 July 2016, she made it official by announcing the deal through her Instagram account, making her the first Nigerian artist to be signed to the label.

Savage performed on the Liberty Stage of Jay Z’s Made in America Festival. During her performance, she brought out Young Paris for a performance of “Best of Me” (Remix).

Savage released her debut EP Sugarcane on 22 September 2017. It features collaborations with producers and guest artists such as Wizkid, Spellz, Baby Fresh, Maleek Berry and P2J. It explores themes of love and was recorded in English and Yoruba. Sugarcane was nominated for Best Album of the Year at the 2018 Nigeria Entertainment Awards.

In November 2018, Savage won Best African Act at the 2018 MTV Europe Music Awards, becoming the first woman to win the category. Savage released the melodic track “One” on 15 November 2018. Produced by Killer Tunez, it touches upon themes of gratitude. On 2 December 2018, Savage performed at the 2018 Global Citizen Festival: Mandela 100, which took place at the FNB Stadium in Johannesburg, South Africa.

The video for “One” was released on 7 December 2018. Directed by Clarence Peters, it was shot at a local beach in Osoroko, Lagos.

On 13 March, Savage was added to the lineup of artists who performed at the 2019 Wireless Festival.

On 2 May 2019, Universal Music Group announced the signing of Savage to a seven-year publishing and distribution deal. It was also revealed that she left Mavin Records. Savage’s future music will be released through the label’s operations in more than 60 countries. Efe Ogbeni of Regime Music Societe and Vannessa Amadi-Ogbonna will be responsible for executive producing all of her projects under the label.

Check This  SHOCKING!!! Young Queens Of Alaafin Of Oyo Allegedly Have Side Men (Listen)

In July 2019, Savage was featured on “Keys to the Kingdom”, a track she co-wrote for Beyoncé’s soundtrack album The Lion King: The Gift. She appeared on the track alongside Mr Eazi.

On 18 August 2020 Tiwa Savage released the track list for her upcoming album Celia and also announced that the album will be released on 28 August 2020.

From all indication, she’s the most successful female act in Africa. Well known internationally and local. 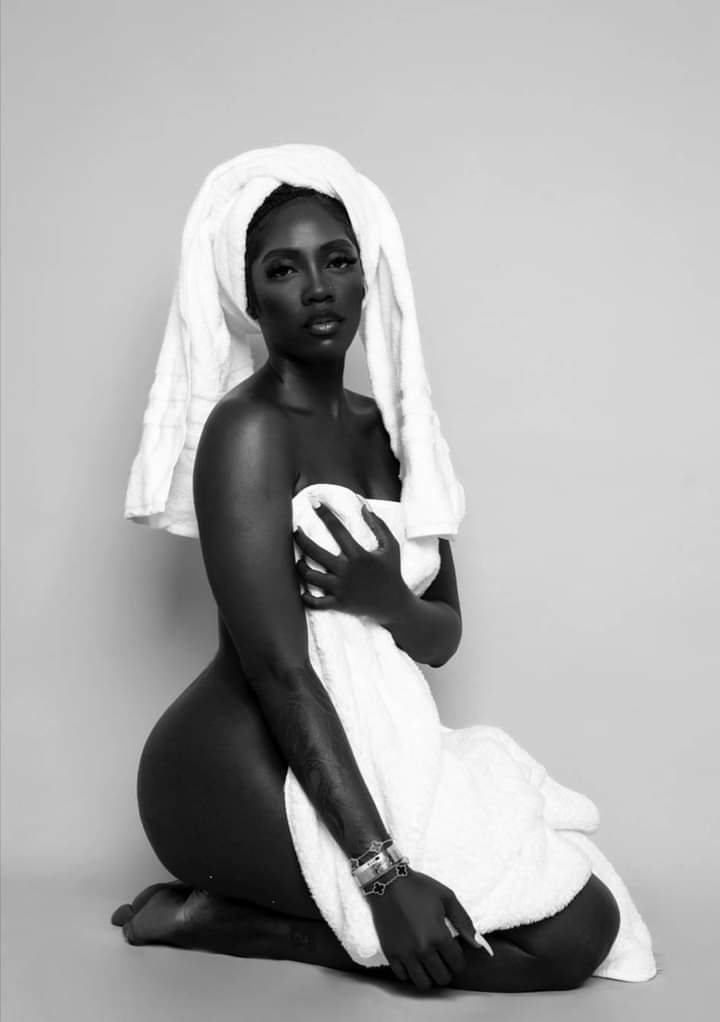 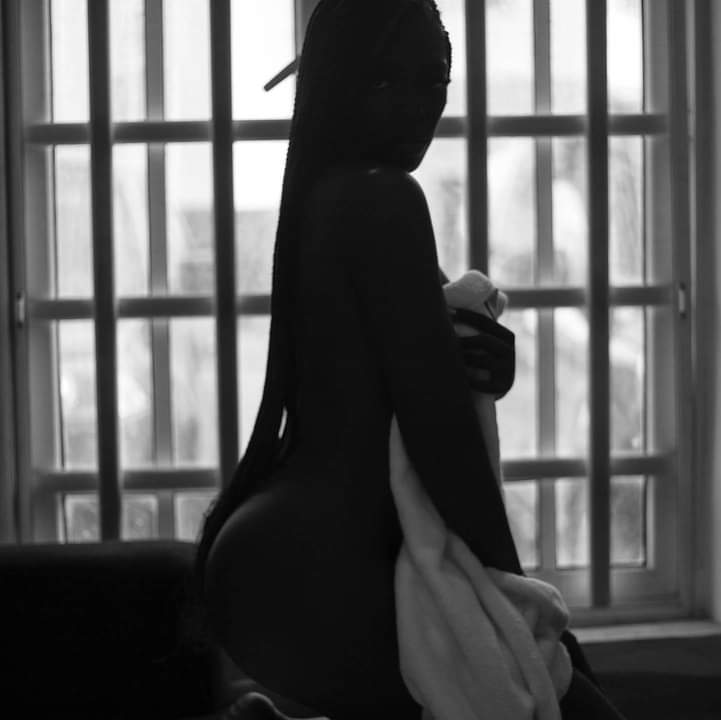 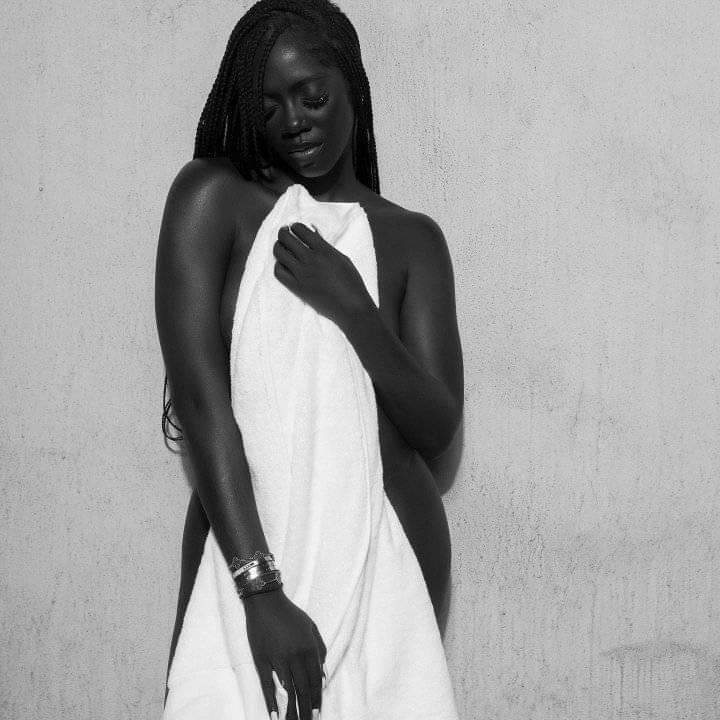 Has it gotten to this extent? Displaying nudes on social media for attention and of course to sell her “Celia” album. SHAMEFUL!

Same way she allegedly flirted with Wizkid just to remain relevant. WHY? Someone that started music when Wizkid was just 4yr old?

Tiwa started doing music from 1996(24yrs ago). But here she is today sharing her naked photos just to sell album. SMH.

She’s supposed to be a role model, someone other female acts in Africa look up to. Funny enough, she’s a mother. So sad.

So guys what’s your opinion on this?

Do You Think Tiwa Savage Music Career Is Coming To End Judging By Her Recent Lifestyles/Activities?