The Oyo State Police Command has arrested two suspects for their alleged involvement in cultism and robbery.

The suspects, Sunday Victor Dotun,24, and Olayiwola Samson a.k.a Suarez, 27, were arrested at Bodija Oju Irin in Ibadan by men attached to 39 Police Mobile Force (PMF) during stop-and-search while on patrol. 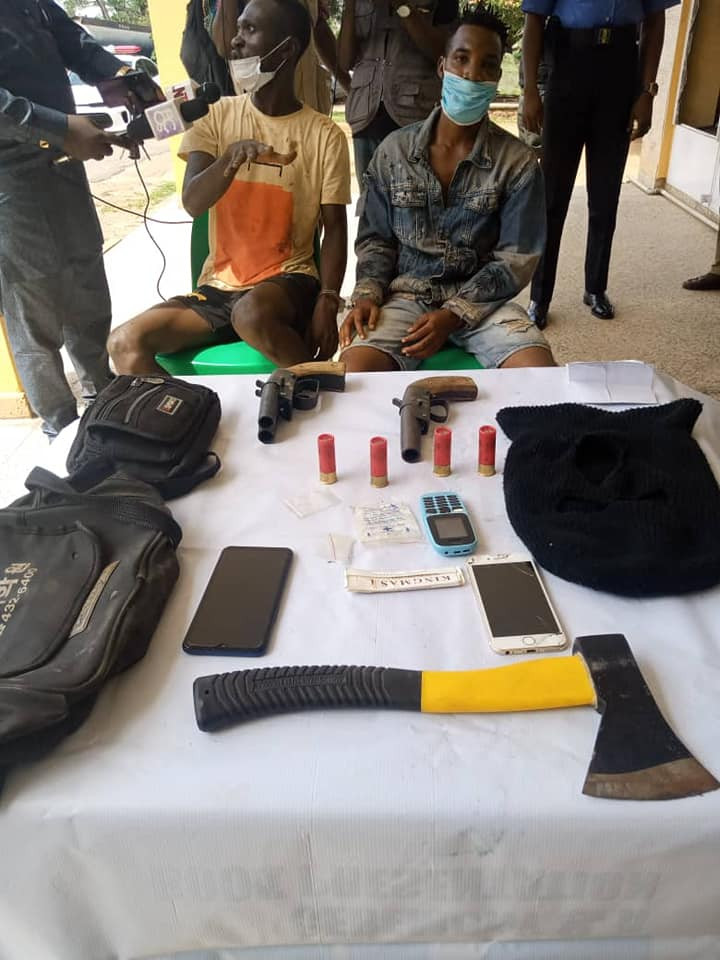 Briefing journalists on Tuesday, April 20, spokesperson of the command, DSP Adewale Osifeso, said that the two men suspected to be cultists and members of an armed robbery syndicate had been on the radar of the command for quite a while until their apprehension on April 17 at about 8:00 p.m.

He said that when they were interrogated, they confessed to being members of Aiye Confraternity.

“Investigation is still ongoing to apprehend others still at large,” Osifeso added. 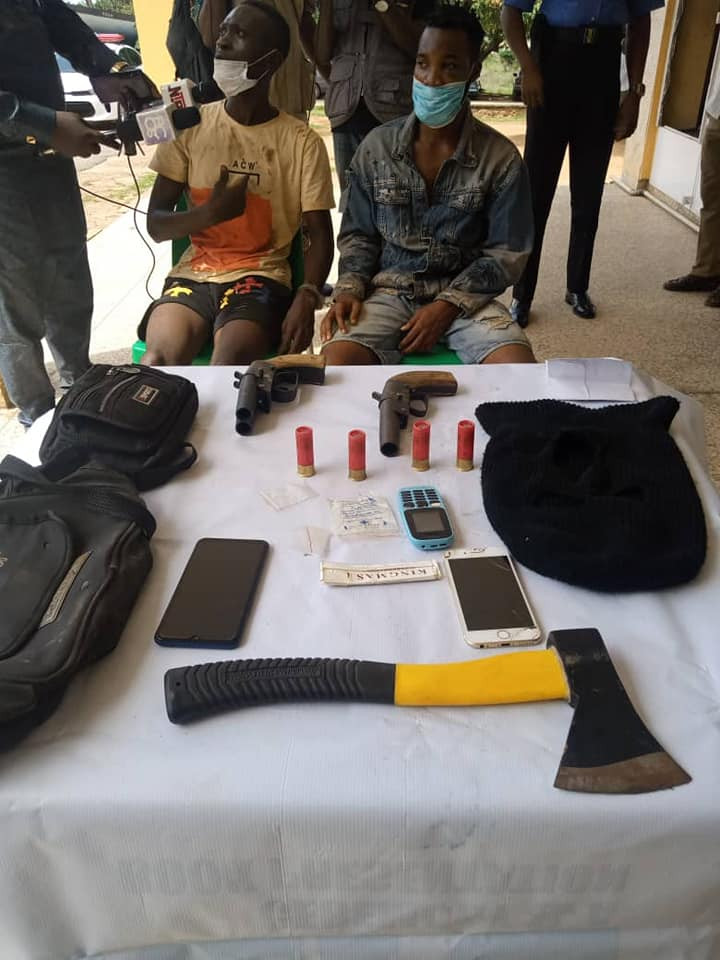 In an interview with Tribune Online, Dotun alleged that he was forcefully initiated into Aiye Confraternity by some university students in Ibadan in 2018.

He claimed that he avoided the cult group since then until he was called by one of them on April 17 to help drop a bag with someone at Ojoo area.

The suspect added that he was on a bike when he opened the bag and found guns, axe and live cartridges in it.

He said that it was out of fear that he did not drop the bag on the road before he was stopped by the police at Bodija Oju Irin.

Dotun further stated that he only waved Suarez down at Basorun area when he saw him on a bike, as he was about to board one to University of Ibadan, before going to Ojoo.

On his part, Suarez, who said he did not know anything about what Dotun was carrying, however, confessed that he also joined Aiye Confraternity in 2002 as a secondary school student in Ile-Ife, Osun State, but left for Ibadan in 2004.

Check This  Cardi B to launch her own makeup and cosmetic line as she trademarks "Bardi Beauty."

Suarez also admitted having a donation envelope from Aiye cult group, saying that it was given to him to contribute any amount to an anniversary celebration.