Nigerian singer, Wizkid is breaking records with his album, “Made In Lagos”.

One of the singles from the album, “Ginger” featuring Burna Boy debuted at No 10 on the Billboard World Chart songs.

This would be the 21st entry on the chart by Wizkid which is the most by any Nigerian artist.

The song also makes it his 12th top ten hits.

The album recently surpassed 100 Million streams across all streaming platforms just after 9 days. 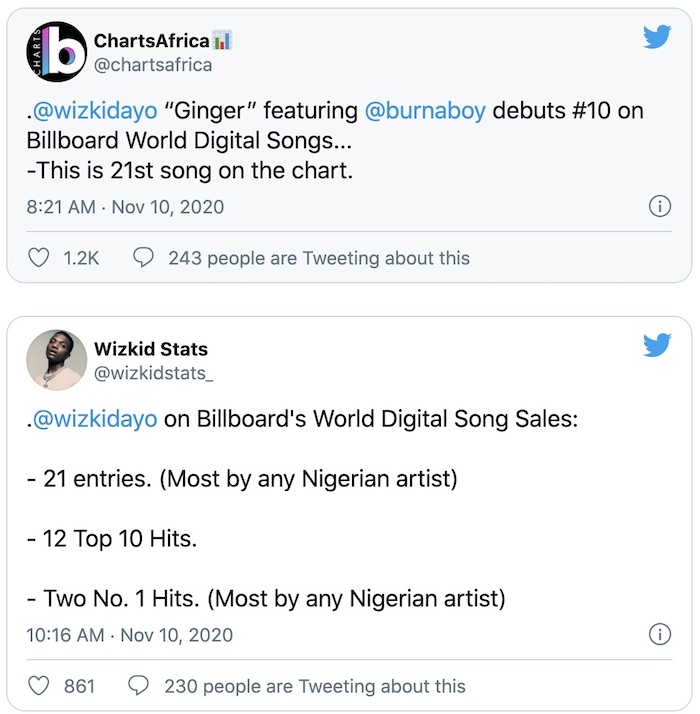