Zlatan Ibrahimovic has signed a new one-year deal at AC Milan to ensure he continues playing at the San Siro beyond his 40th birthday.

The Swedish striker, who turns 40 in October, leads the scoring charts for the Italian giants this season, having found the net 17 times in just 25 appearances in all competitions. 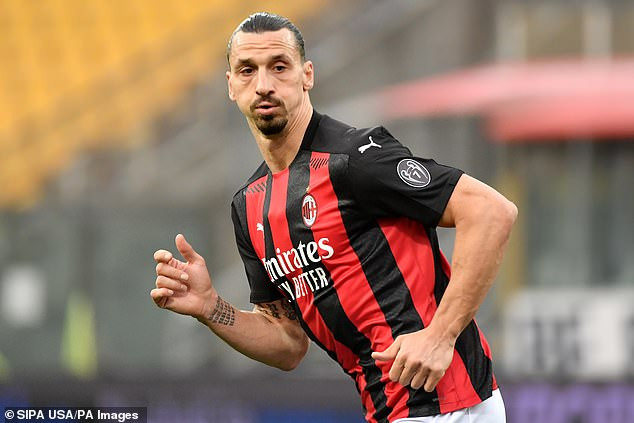 Sharing a photo of himself signing the new deal, Ibrahimovic wrote on Twitter: ‘The saga continues.’

‘I feel really happy. I’ve been waiting for this day. I’m staying for another year. It’s what matters and it’s what’s most important,’ Ibrahimovic said in a statement.

‘I’ve always said that playing for AC Milan is like being at home. I am really happy with the way the club makes me feel, everyone that works here, my teammates and the coach and the fans who I miss a lot in the stadium.’

“Milan is the club for which Zlatan has played the most in Italy. After scoring 84 goals in 130 appearances with the Rossoneri, the Swedish striker will continue to be wearing the red and black jersey next season,” the club added in the statement.

Ibrahimovic is Milan’s top scorer this season with 17 goals in 25 appearances in all competitions.

The Sweden international returned to Milan for a second spell at the club in January 2020, having previously played for the Rossoneri between 2010 and 2012, including a year while on loan from Barcelona.

Having scored over 500 goals across over 800 appearances in his career, Ibrahimovic has also earned 11 league titles.